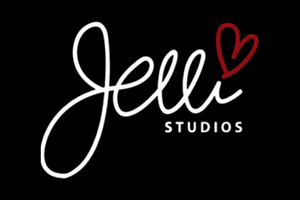 Founded by Jennifer Ellison after an extremely successful career as a Dancer, Singer and Actress, her vision is to provide Dance and Musical Theatre training at its best! Preparing students for embarking upon the world of Entertainment with the Knowledge, tools and training required to succeed in the industry.

Jennifer rose to prominence playing Emily Shadwick in the television soap opera Brookside and secured her place as a household name by playing Meg Giry in her international film debut, the 2004 adaptation of The Phantom of the Opera directed by Joel Schumacher for Warner Bros.

Her other TV and Film credits include: Shena Davis in Lynda La Plante’s The Commander: Abduction, Liverpool Nativity for BBC Three, Hotel Babylon for BBC1, The Verdict, New Street Law, and The Brief. Jennifer’s other many TV appearances include Hell’s Kitchen (which she won), With a Little Help From My Friends,  she appeared as a judge on Dirty Dancing – Time of your Life and she has been a frequent guest on the ITV daytime show Loose Women.

Jennifer studied dance from the age of three, her accolades in dance include: examination passes with distinction with the Royal Academy of Dance and the International Dance Teachers Association, between 1996 and 1997 she won English and International championships including titles at the IDTA Theatre Dance Championships for Ballet and Modern Dance, was Miss Dance of Great Britain and trained as a Royal Ballet Senior Associate. This strong dance background led directly to Jennifer landing the lead role of Roxie Hart in Chicago which she played in the West End (Adelphi Theatre, Cambridge Theatre) and at leading venues throughout the country on a UK tour. Jennifer went on to perform in the 10th Anniversary Gala performance of the show at the Cambridge Theatre.

Her other theatre credits include: Gloria in Boeing Boeing at The Comedy Theatre directed by Matthew Warchus, Cinderella at The Liverpool Empire with Cilla Black and Les Dennis, and Beth in Jeff Wayne’s musical version of The War Of The Worlds on an arena tour of the UK in 2009. Jennifer played Cora in Calendar Girls having previously played the role of Celia in the National Tour 2010 / 2011 and most recently the Wicked Queen in Snow White, Milton Keynes & at The Opera House, Blackpool.

2012 saw Jennifer wowing audiences and judges alike in the hit ITV primetime show Dancing On Ice where she reached the semi-finals. She proved so popular she went on to skate her way around the country on the national tour. She played Paulette to great acclaim on the National tour of Legally Blonde and enjoyed a successful stint in the West End production of Singin’ In The Rain at the Palace Theatre.

Jennifer fronts the UK version of the hit US series Dance Moms for the Lifetime channel which follows Jennifer at her very own dance school The Jennifer Ellison Fame Academy.